Skip to contentSkip to navigation

Celebrating the cultural heritage of Chetumal

Lighting up the façade of the Museo del Mestizaje for a colourful exploration of the region’s unique attractions.
Client
City of Chetumal, Quintana Roo state
Expérience 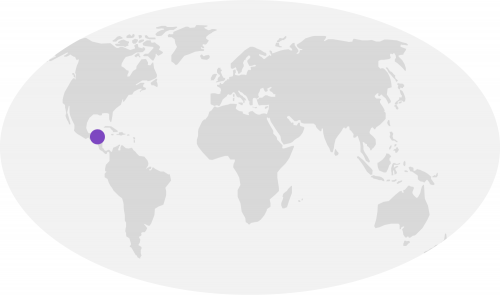 Chetumal, Mexico
Using a vividly captivating projection, the cadabra team invites visitors to discover a one-of-a-kind destination that mixes history, legend and feeling.
Through a spectacular visual and sound experience, the audience is offered an authentic exploration of the Indigenous culture of Chetumal.

Create content to highlight the breathtaking beauty of the Chetumal region while drawing out the unique character of the building, a work by renowned Mexican sculptor Sebastián. Pay tribute to the existing building, which hadn’t been used since its construction began 15 years earlier, with unprecedented content that harmonizes with its architectural lines and features. Present a cultural heritage as fascinating as it is awe-inspiring, while staying true to the historic reality of the region and the experiences of its people. Integrate coherent visual and sound content to elicit emotion, while respecting the legacy of the site. Propose a project that is both innovative and accessible to the full public, showcasing and growing the touristic and cultural offer of Quintana Roo, one of the greatest tourist draws in Mexico.

The architectural projection was unveiled after state governor Carlos Joaquín González gave an address at a widespread outdoor assembly, the first of its kind. The rare event was made freely accessible to the public, with more than 5,000 people in attendance. In addition to launching the projection, the opening night was part of a larger artistic, cultural and gastronomic program. On the September 6, 2019 launch evening, folk music performances, artisanal crafts and local foods were on hand to round out the festivities. This cultural program is an example of the deep local willingness to embrace the future of the Quintana Roo state, all while rediscovering its storied past.

The goal of the projection is to bridge the tumultuous history of the region with its bright future, illustrating the connection between their rich Indigenous legacy and the next new chapter of a people firmly looking forward. Thanks to state-of-the-art technology and an innovative artistic experience, the highlights of the region are reimagined and celebrated, bolstering local tourism. With a bright mosaic of images, the stunning beaches, exotic wildlife, local craftsmanship and wealth of archaeological sites near Chetumal are brought to life.

This experience, filled with passion and sound, is both entertaining and informative. It invites the audience to explore a destination with many hidden gems.

The renowned projection is designed for both local visitors who are rediscovering their roots, and International tourists learning about the cultural history of Quintana Roo. Fireworks and lights dazzled on the night of the launch, lighting up fountain jets of water around the monument. Every aspect of the show is designed to enhance the space, with the Museo as its celebrated centre.

Once upon a time… your story begins here.